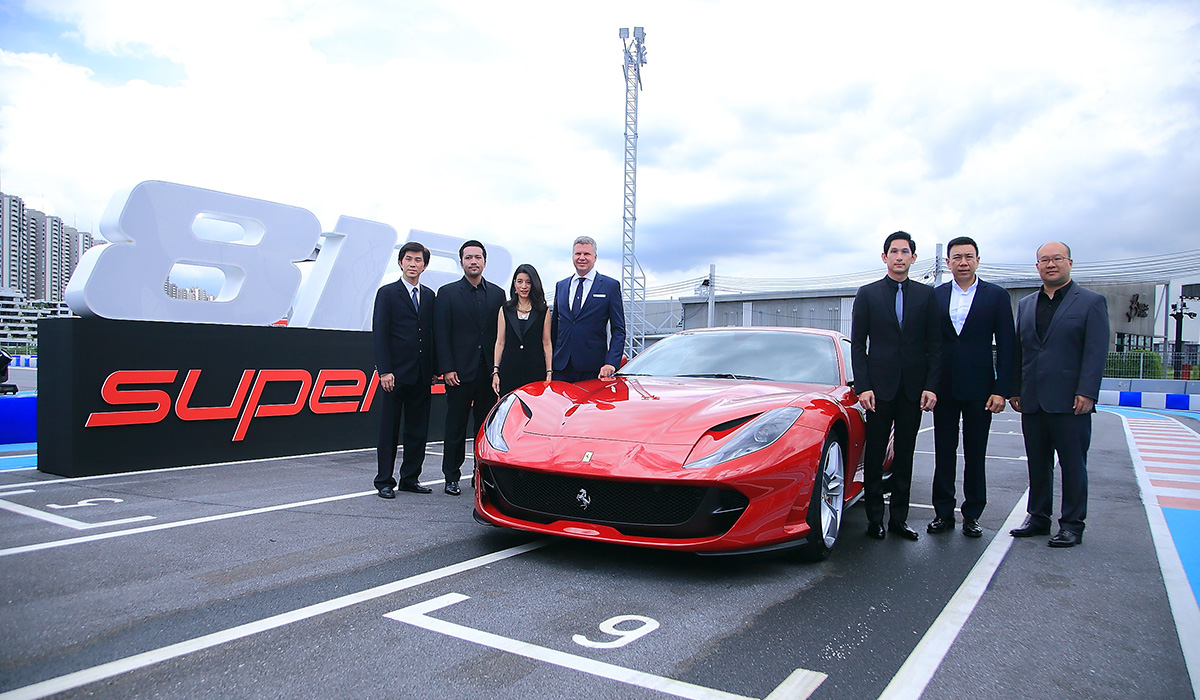 IMPACT SpeedPark has kicked October off in style by making the news headlines. First off was the official Thai premiere of the stunning new Ferrari 812 Superfast, the most powerful supercar ever to be built by the Italian brand.

The dazzling launch party was hosted by Cavallino Motors Co. Ltd., the official importer for Ferrari in Thailand, and it certainly was an extravagant all day affair. IMPACT SpeedPark and the Breeze Café were the perfect venues to support such a glamorous occasion. It all started off in the morning with two hundred media in attendance to see the wraps pulled off this exotic beauty, which features a 6.5 litre V12 engine with a staggering 789 hp, making it the most powerful normally aspirated car ever built. Coupled to a striking aerodynamically enhanced shape, the 812 Superfast can reach a staggering 355 km/h top speed while 0-100 km/h is achieved in 2.9 seconds.

Following the media launch, which culminated in the car being driven around the kart track at high speed to come to a stop right in front of the pack ranks of the press, it was onto a prestigious evening gala party for VIP guests, Ferrari owners’ and potential buyers to attend and view the 812 Superfast up close. Again the supercar zoomed around the track to the delight of guests, this time under the floodlights, while the whole of IMPACT SpeedPark was bathed in red light – the colour synonymous with the Italian brand.

Sticking with the Ferrari theme, just a week later we had a visit from a very special guest – Formula 1 superstar Kimi Raikkonen. The Ferrari driver, who has 20 grands prix wins to his name and was F1 World Champion in 2007, was in town for the “Singha Karting Challenge by Kimi Raikkonen”, the ambitious karting ‘academy’ initiative that he headlines and which was culminating at IMPACT SpeedPark. The Finn, known simply to his many fans as “The Ice Man”, tried out the dynamics of our track in a kart and became the first Formula 1 driver to ever visit IMPACT SpeedPark. We look forward to many more star drivers visiting in the future.